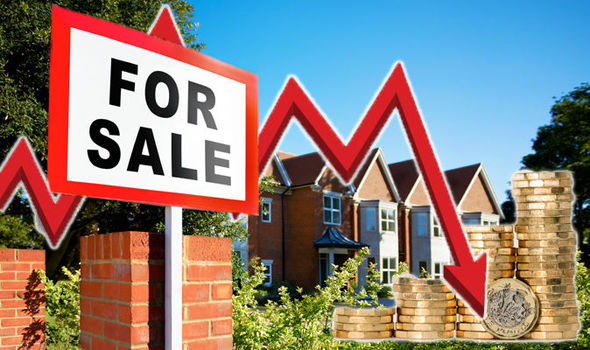 Nationwide’s chief economist, Robert Gardner described the decline as a reflection of the wider backdrop for buyer’s finances. All of which are coming under increasing strain from a mixture of weak wage growth and rising inflation. “While monthly figures can be volatile, the recent softening in price growth may be a further indication that households are starting to react to the emerging squeeze on real incomes or to affordability pressures in key parts of the country.”

Mr Gardener went on to say that the property market would continue to be unpredictable due to the up and coming general election and the ongoing Brexit negotiations. ““The economic outlook is unusually uncertain, and housing market trends will depend crucially on developments in the wider economy.”

Nationwide reported that one of the biggest issues for holding homebuyers back was the prices of the houses, with typical house prices sitting at 6 times the average wage earning – a figure that is a lot higher than the 4 times earnings figure it was at for a long time. The welcome news is however that Nationwide have predicted that this house price growth will more than halve later this year to above 2{668284420e3c3e703f86693cee83f1c1285e9c7b8ecc41c13b37eea0ef4cf441} from 4.5{668284420e3c3e703f86693cee83f1c1285e9c7b8ecc41c13b37eea0ef4cf441} last year. Speaking to conveyancing solicitors at Gorvins, they have also echoed this prediction by who are welcoming an uplift in the property market through the latter stages of the year.

The UK economic growth has been mainly driven by consumers since the financial crisis and period of recession but there are building signs that this drive is beginning to diminish. Retail sales are also declining with families being forced to go into their saving in order to keep up with the rising shop costs. Currently, inflation stands at 2.3{668284420e3c3e703f86693cee83f1c1285e9c7b8ecc41c13b37eea0ef4cf441} in the country and this figure is expected to rise to 3{668284420e3c3e703f86693cee83f1c1285e9c7b8ecc41c13b37eea0ef4cf441} over the summer as the drop of the pound following Brexit affects the cost of living.

Interestingly, the chief of the UK economist at IHS Markit, Howard Archer stated that because of this, house prices are likely to come under scrutiny. “We suspect markedly weakening consumer fundamentals, likely mounting caution over making major spending decisions, and elevated house price to earnings ratios will weigh down further on housing market activity and house prices over the coming months.” Mr Archer, also went on to describe that crashing prices is very unlikely to take place due to the shortage of homes on the market.

“Mortgage approvals for house purchase fell in March and that subdued demand was, in turn, reflected by a modest dip in house prices in April. The main reason for this slowdown is high house prices, suggesting that prices are unlikely to accelerate again this year.”