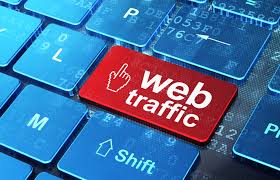 Google has officially rolled out new updates which started with their significant change to prioritise mobile sites which came with good reason. Which the majority of search coming from mobile devices, this update makes sense and Google have advised that if your website isn’t optimised for a natural mobile format and quick loading speed, it’s likely to affect your rankings.

Since this big announcement, there have been other updates that have been under the radar as Google has stated these smaller updates shouldn’t harm your ranking and in turn, your website’s traffic.

In January Google made a conscious effort to give a long notice period about a core algorithm update that will impact every website. Because of the importance of mobile searches, the speed of a website was announced to be a new ranking factor. This has been done to enhance the traffics experience, and by meeting a good speed standard, your traffic should only increase mainly due to a reduction in the bounce rate.

This update was rolled out on the 1st of August and has only affected the so-called “Your Money Your Life” websites (domains that have an effect on your physical and financial well-being). The majority of websites that have felt the updates presence are medical and financial sites which offer advice, and Google has pointed out quickly that any adverse effects that your website might have felt. Whether it’s from traffic or rankings, have not been due to being penalised, but actually due to Google promoting other websites for their best practice and adhering to the guidelines of the new update.

In order to meet the new standard from Google, websites need to be deemed to offer better expertise with their advice and have better authority and trust from Google. This can be looked into further by checking whether a website passes Google’s quality tests.

SEO expert Joy Hawkins has pointed out that these recent updates for 2018 look to be some of the most significant changes in recent years. Initially, it wasn’t clear whether the update had only affected organic searches or local search too, but a lot of feedback is proving that it has affected a lot of websites local search also. While Google said that the update would only effect YMYL websites, it appears early observations are showing differently. The majority of different types of websites are being affected slightly, and the biggest changes are happening to the diet, nutrition and medical device niches.